This site uses cookies to personalize content, provide social media features, and analyze traffic. If you decline, your information won’t be tracked when you visit this website. A single cookie will be used in your browser to remember your preference not to be tracked.

Out of all the trails in the Gunnison Valley, Strand is probably the one I've ridden the most. It's a good distance for a shortish ride after work. It's easily accessible from most parts of the north valley. Most intermediate riders can ride most of it. But it's probably not anyone's favorite. 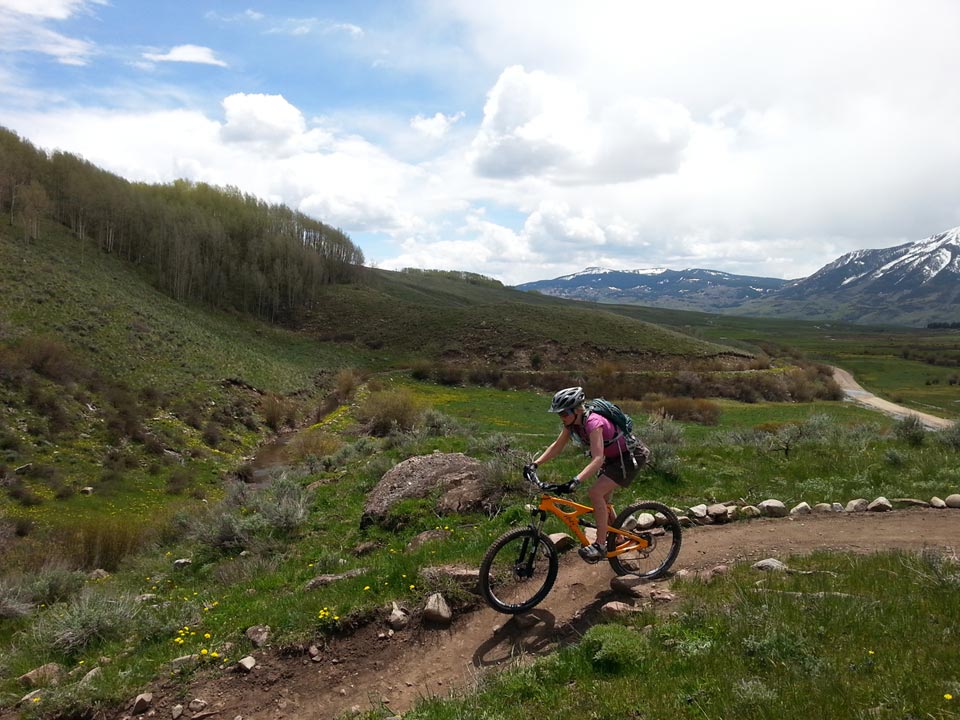 It is, however, one of the north valley trails that opens fairly early in the season. With the wet May we've had in 2015, that has been a deciding factor of what we can ride.

On Sunday we set out to ride Strand. I expected I'd be able to ride more of the downhill than before, but I didn't expect to ride all of it. There are some steep sections and big stepdowns.

But then, I ran into Susan at the top while I was sucking wind after the climb. She's a local legend. Winner of both the North Face Masters and Freeride World Tour. For a time, she was one of the raddest snowboarders in the world. I've been in awe of Susan pretty much since I moved to Crested Butte. 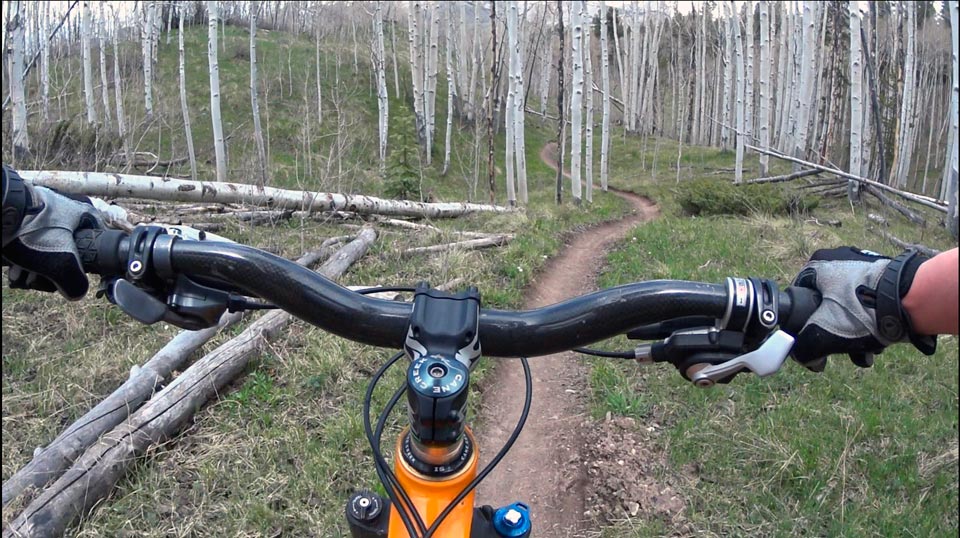 I got a little nervous at the thought of Susan following me down the descent. I opened it up and road the trail faster than ever before. Turns out Strand was more fun than ever before, too.

Then I hit the rock garden. I had been kidding myself, thinking I had somehow already ridden the tech. I had gotten cocky and was already congratulating myself on cruising down Strand on my first try of the 2015 season. Nope. 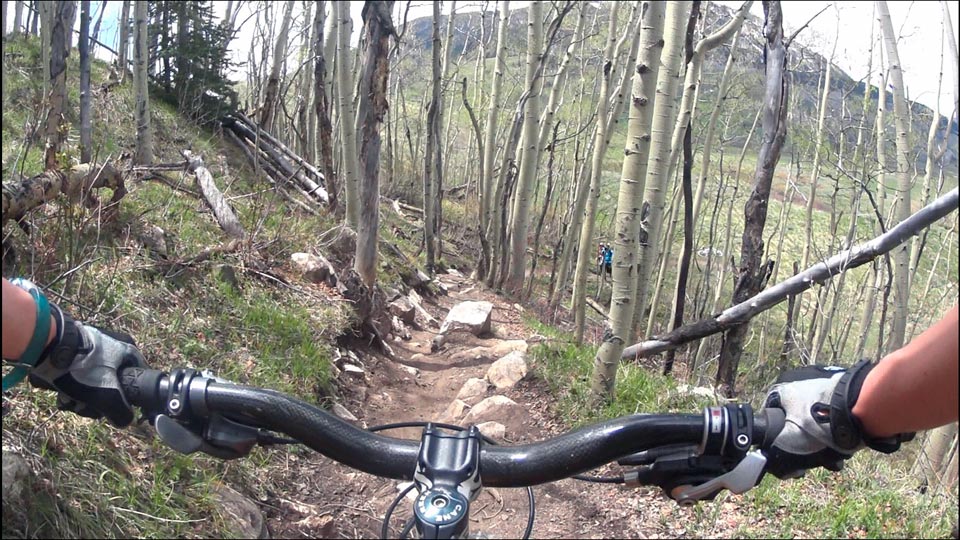 After a smooth, flat, grassy section, the trail dropped out in front of me into a mess of boulders. They seemed strategically placed for maximum challenge. Go left and risk getting caught up in the rocks. Go right and be perilously close to a steep sidehill. I tried left, then bailed.

As I was picking up my bike, Susan rolled up and told me I should try again before showing me how it was done and disappearing down the trail. With that encouragement, and after watching her line through the rocks, I hiked back up to try again. And again. And again until I made it through the boulders. But then there's an immediate, and big, stepdown off a root.

In all, it took me at least a dozen tries. Twenty minutes of sessioning 25 feet of trail over and over again. I was about to call it and gave myself one last shot and I nailed it. 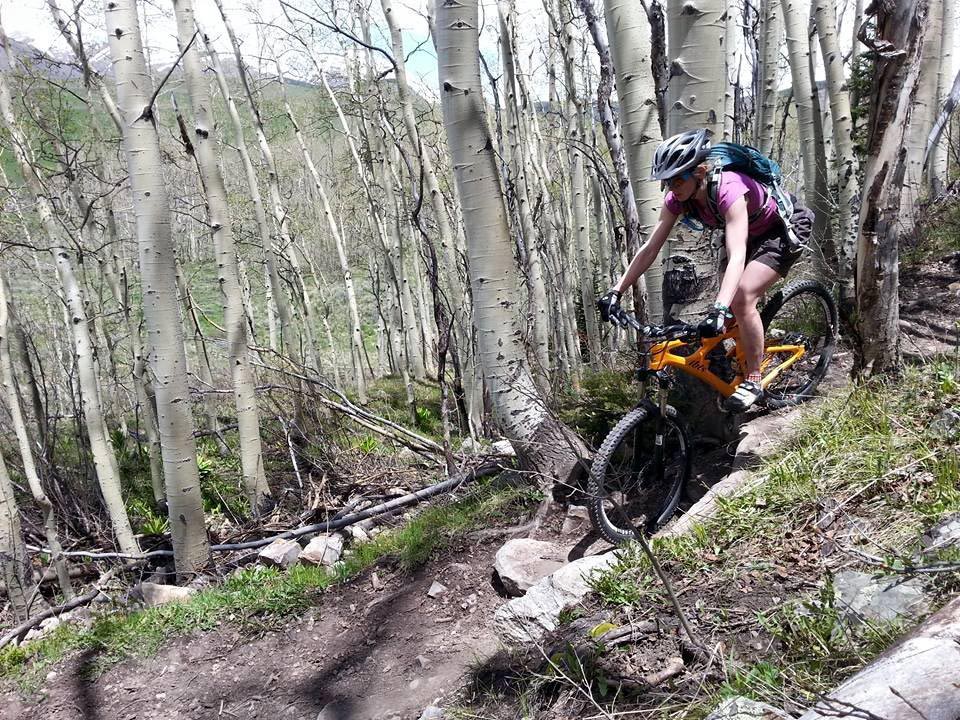 For a good mountain biker, this is no great feat. But at this time last year, I was a truly bad mountain biker. After a year of plugging away at it, I'm now a solid intermediate riding the parts of trails I expected to always have to walk.

That's why we mountain bike. Because it gives us a chance to beat our heads against a wall to master 25 foot sections of trail. Because it can require, and reward, absolute focus and determination. Because on a bike in the mountains, we can find flow.